My college career has been a serious exercise in self-discovery. “What kind of man do I want to be?” I often find myself wondering. I look to the great men and women who have come before me for inspiration— Sun Tzu, Eleanor Roosevelt, Einstein, Bach, Martha Stewart—all people who have been enshrined in the pages of history for their contributions to society. One man, however, is consistently overlooked when history’s champions are discussed.

I am, of course, referring to Gaston. 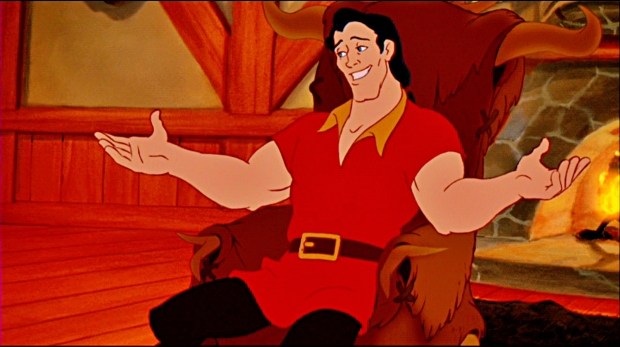 While some would denounce the famed hunter as fictional, his influence on my life has been markedly real. Every day I strive to be more like that man, that hometown hero who not only captures the admiration and respect of his peers, but strives to make his community a better place.

So why, you may be wondering, is Gaston not in the public eye more often? In a confusing demonstration of Disney’s ineptitude, the writers saw it fit to make Gaston the villain—yes, the villain—even though he consistently acts to the contrary.

Rarely can we label individuals as simply “good” or “evil.” People behave more like rivers than statues—they are complex, flowing, and ever changing. It is through this lens that we must observe the characters in the film, before we rush to make judgements about their intentions or true natures.

In the first act of the film, Belle, the “protagonist,” rejects Gaston’s wisdom—stupid, but not surprising. Some people can’t handle that much success. Belle’s father, it so happens, has a clear mental deficiency and is unable to care for himself, and Belle is far too entrenched in her reading to notice/care for her old man.

Gaston (who else?) steps up to the plate and does what should have been done a while ago—attempts to admit crazy old Maurice into a facility where he won’t be neglected as Belle so thoughtlessly did. By making the right decisions as opposed to the easy ones, Gaston has put himself in crosshairs of naysayers. But those with a sharp eye and an ear to ground know he deserves to be recognized for doing what needed to be done.

Also, in one of the catchiest musical numbers ever put to film, the entirety of the town is literally singing his praises. Informing him of his quickness, slickness, and complimenting the girth of his neck, the patrons of the bar simply cannot help but root for a man who is “perfect; a pure paragon.”

Frankly, I cannot blame them. For you see, Gaston has embraced his masculinity: he is extraordinarily– almost inhumanly–muscular, consuming 60 raw eggs each morning to achieve such a feat. There is not a square inch of his body’s surface area that is scraggly or scrawny.

In a time well before the idea of a gym had ever crossed one’s mind, it takes incredible dedication and resourcefulness to achieve such physical prowess. Even in the 21st century, gymrats find a way to neglect entire muscle groups, with some of the cleanest and well-equipped facilities at their disposal.

Gaston also participates in gentler, more feminine pursuits, such as fashion and interior decorating. Perhaps most admirable, however, is the fact that Gaston recognizes how intimidating he can be. Yet, he chooses not to leverage that power, for it would be uncouth to do so.

When a feared prince-turned-beast kidnaps the aforementioned Maurice, who unknowingly wanders into his castle after getting lost, Belle arrives and offers to exchanges her freedom for her father’s.

This, in itself, should be the endgame for the question of who’s the “villain” in this film.

(Some can be said for Gaston’s persistence in his advances toward Belle, but not for a moment can one honestly say that the Beast’s capture and imprisonment of Belle is excusable. I don’t care how well looked after Belle was in the castle; I don’t care what the Beast’s intentions were. The fact that she and her old man were detained there against her will is enough to declare the Beast as an actual criminal.)

While imprisoned, Belle wanders into the forbidden West Wing, home to the rose that counts down how long the Beast will have until he is locked into his monstrous state of being forever. The Beast, upon finding out about her visit to the West Wing, endangers her life yet again by exploding in anger and frustration, forcing Belle to run for her life.

The Beast launches a table across the room and enters a fiery tirade against Belle, who is by now pleading for the Beast to stop. He chases the defenseless Belle into the snow, where wolves nearly kill them both. (The alleged “hero “of the story, ladies and gentlemen!)

Gaston–who was concerned for a local’s wellbeing and had no reason to believe that Belle actually wanted to remain in the Beast’s custody–leads a rescue operation to free Belle. The villagers accompany him, and they eventually reach the Beast, intending to kill him in order to set Belle free.

Gaston and co. had every reason to believe that Belle wished to be freed and that a) The Beast was threatening to harm her if she revealed her intentions to leave to the rescue party, or b) Was not of a sound mental state, after being detained for so long.

Attempting to stab the Beast and finally rescue the dame, the brave hunter Gaston loses his footing. Our hero falls hundreds of feet, quite gracefully, mind you, to his demise.

It’s quite clear that Gaston is far from the heartless, hot-headed brute he’s made out to be. Gaston is time and time again making moves that are consistent with someone who expresses genuine interest in his community. Beast, whose rap sheet includes first-degree kidnapping, aggravated assault, and eventually manslaughter, has acted in a way that deserves much more ire.

So, Gaston, since you are both dead and fictional, and cannot speak for yourself, I will be your voice.

Readers, do not be deceived by Disney’s deception. Although Gaston failed to save Belle from her abusive future husband, he succeeded in embodying a spirit of exceptionalism. He strived toward excellence in everything he did—his decorating, his physique, his singing, his expectorating. Like a Parisian Icarus, you flew too close to the Sun, Gaston.

But we will never forget how high you soared, friend.