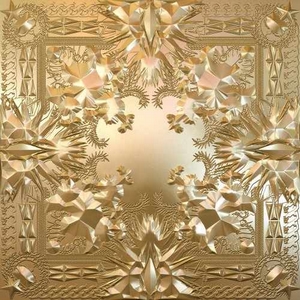 Watch the Throne has proven to be one of the only successful collaboration albums to come out in recent memory.  Kanye West and Jay-Z work together almost flawlessly, adding to one another’s energy and flow.  There are songs where each rapper has his own personal verse, and others that sound like conversations, back and fourths between two friends.  The respect the two have for each other is impeccable.  There isn’t a single moment where either seems to be left behind, or someone starts to take the moment over.  Every song clearly shows their personalities, both fully believing in every work they speak and the instrumentals change constantly in order to suit each rapper’s mood, tempo and style.

The front five on the album are all-strong, starting with the heavy, almost tribal “No Church In the Wild,” followed by the upbeat “Lift Off,” a brass and piano driven showpiece with Beyoncé on the hook.   The different styles showcase the rappers at their finest.  The slow electronic drop and piano at the end of “Niggas in Paris” adds to the song’s creativity, making what could have been a somewhat standard hip-hop track really unique. On “Gotta Have It” Kanye and Jay feed off each other’s energy, and complete one another’s rhymes on the short track that can be played again and again.

It shouldn’t be surprising that most of the beats are sample driven; it’s a signature of most Kanye songs.  What’s surprising here is that they’re utilized in so many different ways.  There are samples of Will Feral from the movie “Blades of Glory,” a rocket launch (fully equip with a NASA launch sequence), along with other snippets of spoken words and animal sounds.  The background of “Who Gon Stop Me” samples the dub step song “I Can’t Stop” note for note.  The intro to “Otis” is a verse pulled straight off an old Otis Redding recording.  A sample of the classing soul track “Feeling Good” is placed over a somber piano and eerie twinkling sound effects on “New Life” a track where the men take turns rapping about their future children.  The topic would be seen as happy for most, but the dreary soundscape they’ve created shows the men’s uncertainty and distort over the idea of their kids being influenced by fame and their parent’s views.

Filled with ridiculously epic chanting, swirling electronics and outrageous lyrics dramatically pumping up their egos, lead single “H.A.M” is by far Throne’s most bizarre.   A blaring orchestra and speedy drums play over the droning choir, which screams the word “Ham” amongst other things.  The extended outro’s soft piano and soprano duet is a contrast to anything else on the album, peaceful yet still over the top.  The grandness and overall scale of the song shows Yeezy and Hova may have a bit too much swag.

Watch the Throne really tails off during the second half.  Most of the songs lack a lot of the creativity found before them, and leave you yearning for more featured guests.  Minus Beyoncé, there aren’t any recognizable voices, and most features sing the song’s hooks, not verses.  At times the constant back and forth between Kanye and Jay –Z gets overwhelming and mundane, and a break by one of their regular guests would be a welcome change.  But overall, their skills as lyricist mixed with Kanye’s ability to create original beats surely outweigh any of the album’s setbacks.