Biggest Team Weakness: Left side of the infield

The Los Angeles Dodgers are the first of the three “on paper” teams, whose rosters look ridiculously stacked but the team hasn’t had any recent success.

The Dodgers added two pitchers in the offseason, top free agent Zack Greinke and the 26-year-old South Korean prospect Ryu Hyun-jin.  Hyun-jin will be the team’s 5th starter to start the season until he proves he can play in the Majors, but Greinke will share a peace of the top with Clayton Kershaw, the team’s long time opening day starter. 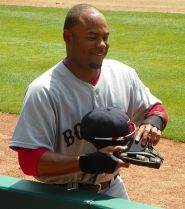 The Red Sox firesale featuring Josh Beckett, Adrian Gonzalez, and Carl Crawford will help fill a lot of holes that were present at the beginning of 2012.  Becket at his worst is a usable 3rd option in a rotation, where he will be to start the season, and chances are he will perform better than he did in 2012.  Adrian Gonzalez is an obvious upgrade from James Loney, and could give the team MVP caliber offensive numbers and a nice one-two punch in the lineup with Matt Kemp.  And the outfield will be extremely dangerous if Crawford is healthy this season.  Kemp and Andre Eithier were already a pretty deadly combination when they were on the field, and Crawford will add elite speed to the group.

The one thing that could hurt the team is their expectations.  The Dodgers, especially in a market like LA, will be under scrutiny instantly if they don’t perform to expectations right out the gate.  We’ve seen that happen to teams in the past, like the Marlins last season and the Red Sox the last 2 years.