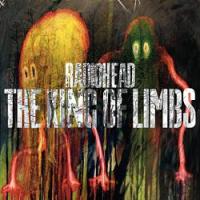 It might not be the masterpiece we’ve come to expect from Radiohead, but The King of Limbs successfully left its listeners both wowed and confused.  Where songs like “Feral” and “Little By Little” lack in a conceivable purpose, the genuine beauty of “Bloom,” mysterious groove of “Lotus Flower” and zen of “Codex” at times carry the album to immeasurable heights.  Drum machines and samples are mixed with computerized effect pedals throughout the album, making most songs sound entirely electronic. However, tracks like the acoustic “Give Up The Ghost” give a more intimate look at the band’s human side, a rarity in Radiohead’s modern work.  The real flaw is that at only 8 tracks and under 38 minutes, The King of Limbs just feels incomplete, which is unfortunate for a band like Radiohead, who’ve prided themselves in the past for focusing on their albums as a whole, as opposed to individual tracks.