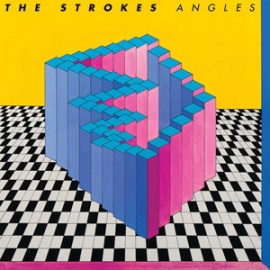 For fans, First Impression of Earth made The Strokes sound too polished and mainstream, but 5 years later they’ve returned to their former glory on Angles.  “Taken For a Fool” and “Gratisfaction” sound like they are right off of Room On Fire, while the reggae-esque syncopations found on the guitar part on “Machu Picchu” are a nice twist on their old style.  As exemplified on the albums lead single “Under Cover of Darkness,” Angles is a little more upbeat that usual, but if anything at all that make the album more accessible.  There are a few weak tracks, but with fuzzy garage band rock, droning vocals, catchy guitar riffs and a few welcome hints of electronic production, the brief and effective Angles turned out to be everything most Strokes fans yearned for and then some.