With the Dexter Fowler signing imminent, the Cubs traded away Chris Coghlan, who was slotted to be a fifth outfielder at best. Aaron Brooks isn’t much of a return, but pitching depth is more valuable to them at the moment than in the field.

The A’s are now overflowing with outfield options. After adding Khris Davis a few weeks back, they also have Josh Reddick, the team’s leader in WAR last season, and speedster Billy Burns, with veteran Coco Crisp and Superman Sam Fuld likely on the bench with Coghlan. Coghlan also have some (not much) experience in the infield, so seeing him as a flexible utility guy with a little work isn’t too hard to comprehend. END_OF_DOCUMENT_TOKEN_TO_BE_REPLACED

The Twins’ as a team ranked 29th in ERA last season, and their notable improvement is with their starting rotation. Expecting a huge jump in production would be unrealistic but they could find themselves in the 16-20 range. END_OF_DOCUMENT_TOKEN_TO_BE_REPLACED 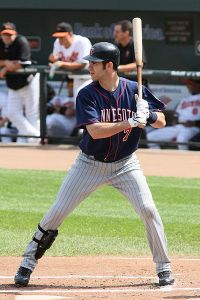